Have just completed several Medieval banners for my Ghibelline and Guelph armies in 54mm scale. The first is a unit of spearmen in the service of Guido Bonacolsi, Captain General of Mantua, a supporter of the German Emperor. The second unit are Visconti Milanese, supporting the Papacy and France. Also included is the Emperor with a small unit of Imperial pikemen. Practically all these figures are modern, cheap Chinese imports. Painted up, they provide useful foot soldiers to serve with the W. Britains Herald knights. MGB 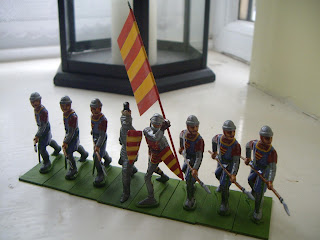 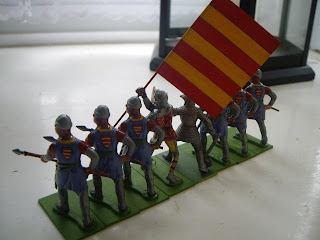 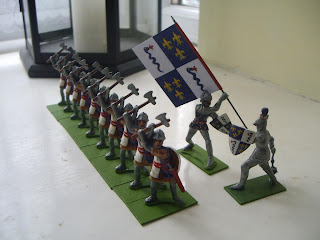 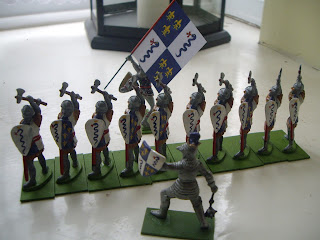 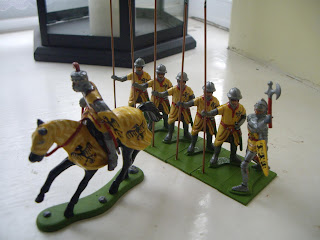