On Christmas Day I was inspired to start a suitably appropriate project, to build a Russian Orthodox Church. It was a year ago that I purchased a wooden container in a charity shop for £1, and it was obvious the lid would be quite suitable for something eastern, and perfect for something Russian. The following photos are pretty well self-explanatory. The model is not strictly datable as it has features from several periods in Russian history, but as it was my intention for it to not only capture my interest in the history of Muscovy, but also my love of Christmas, I don't think it matters. The green roof is inspired by a Russian palace of the 17th century, the dome is very 16th century, the yellow walls are 18th century, the wooden ornaments are Medieval, and together it makes a very colourful ornament on the war-games table. Additional costs include £3 for the yellow paint, and £2 for the patterned glass, which was taken from a broken lantern in a charity shop. With glue and other paints, it cost a total of £7. Being pleased with the results, I was able to cast-up some Orthodox Christian crosses to finish the project. For the record, working on and off, I completed this model at 11.45am today, being New Years Day. Hope you all had a great Christmas, and have a happy New Year! Michael 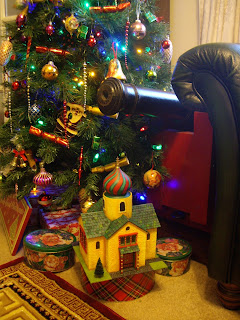 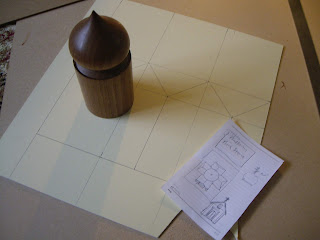 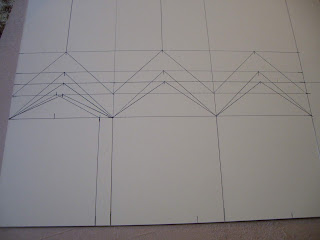 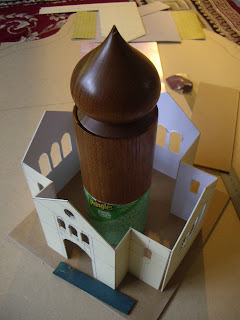 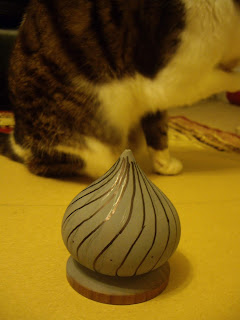 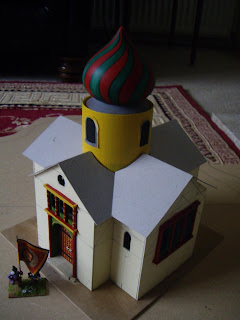 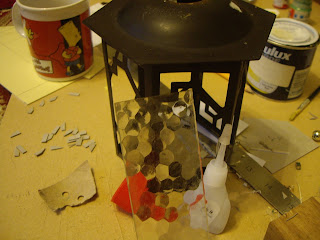 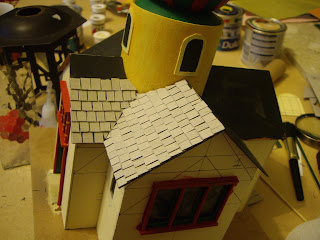 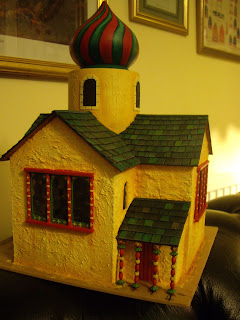 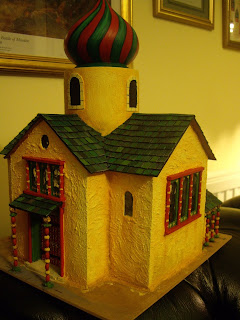 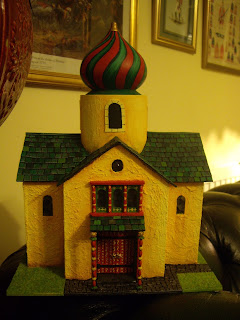 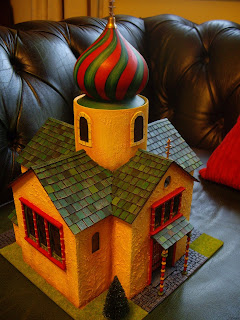