This unit of streltsy, or shooters, represents the 11th Moscow. It was not a particularly large unit so twelve figures will suffice to represent it. Another unit, the 12th will follow, and I also have a few spares which I will form into a baggage guard, perhaps another numbered regiment. Just arrived today was a package from Hinchcliffe which included twenty Wallachian halberdiers. The figures arrived flash free as they are new moulds. My intention is to paint them up as Russian guards or dismounted boyars for the 15-16th centuries. MGB 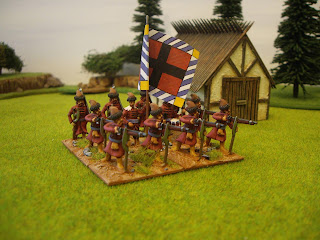 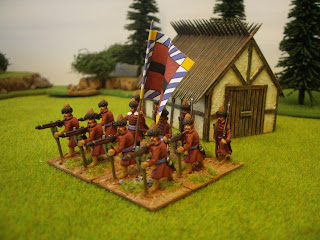 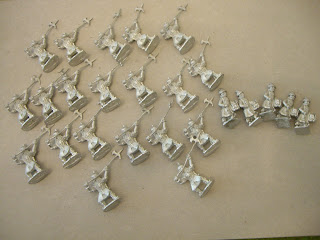 With new units being raised for my Muscovite armies, both late medieval and renaissance, I decided to spend some time painting up a few suitable banners. In addition to more Streltsy flags, here are a few of my own designs based on typical Russian iconography. MGB 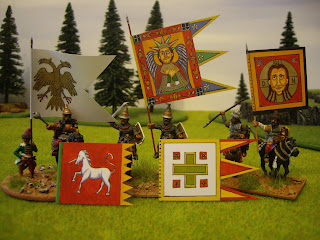 Have just completed my second unit of streltsy. These belong to the 6th Moscow regiment. Work on completing two more regiments has already started. I quite like these traditional Hinchcliffe castings. MGB 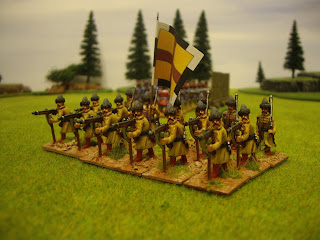 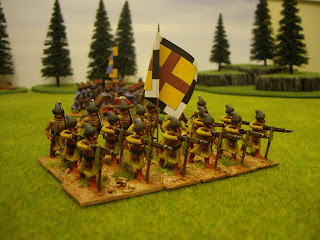 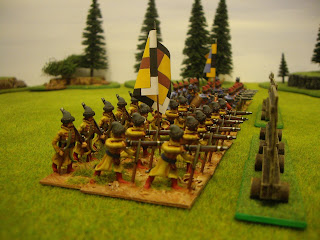 Just clearing some more items from my scraps box, bits of card, brush handles etc. I now have a fitting command base for my small Almohad/Marinid army. I have on file some notes showing an Ottoman commander using a canopy, and it makes sense to have such in many climates. The emblem is associated with the Marinids. MGB 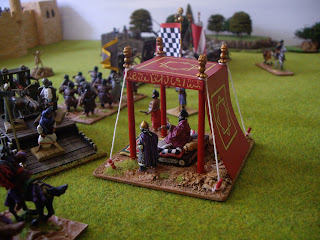 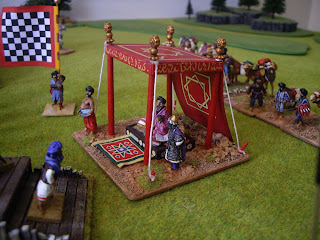