Re-organising my Arab and Moorish collections for 2016 (1)

Having recently sold several hundred miniatures, mainly arab and moorish figures, I'm now re-organising the remainder and acquiring additional figures. Here are my three reformed foot units. The first are Almohad-Marinid armoured warriors, largely Musketeer Miniatures. Those mainly dressed in white are North African corsairs (attached to the Hafsids but available for hire). The third are Granadine city militia in blue and red. 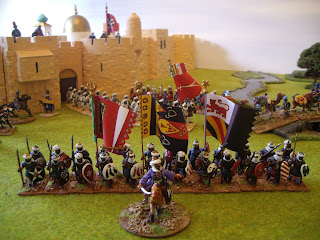 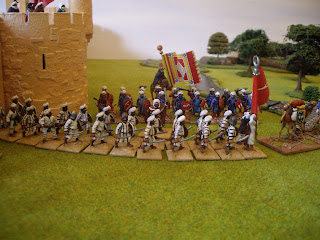 Still to be painted are 36 crossbowmen, mainly Black Tree Miniatures, which will furnish three small units for the armies listed above. My heavy/noble cavalry, and artillery contingents are still quite strong but the lighter cavalry will need to be completely re-raised. MGB
Posted by MGB at 10:35 2 comments:

Its been a particularly bad weather day here in Devon so decided to clear another project. The bombard has been painted but out of active service for at least ten years, waiting for a suitable army. The figures were part of a batch of O.O.P. Essex Cossacks and Russians I picked up off ebay about 6 months ago. Today I was able to finish painting up the crew, and clear some card and wood to construct a suitably primitive, yet archer proof cover for my new Muscovite siege bombard. Michael 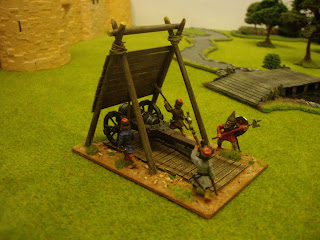 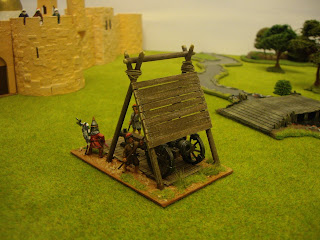 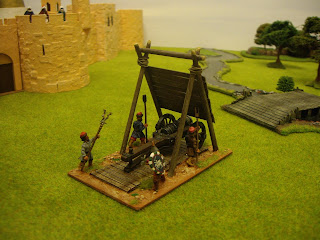 My late medieval Muscovites can now call upon some cossack skirmishing cavalry in their fight against the Tartars. MGB 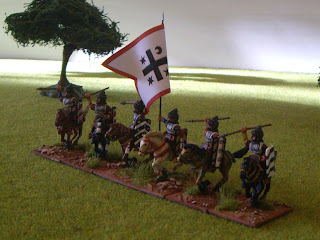 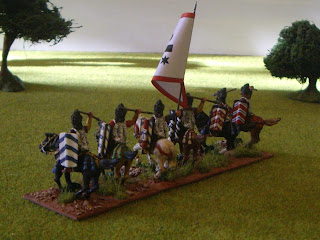