I already have a small flotilla of sailing ships constructed out of plastic-sheets, including several coastal/river craft. Here I've added some suitable Muscovite flags to one of them. The naval crew was recruited from ECW figures kindly given to me by a friend. Those in green have been given head swaps for others with AWI jockey caps, while their original heads were reused on several castings going spare that could handle the rigging. I drill and pin all my conversions and then super-glue for a very strong join. Next job is to commission a suitable 1650-95 captain. No plans to increase this contingent any further as this will suffice for the type of games likely to be played. MGB 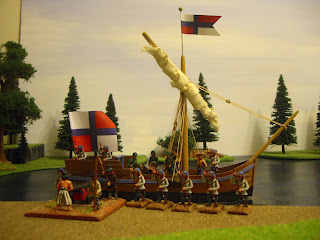 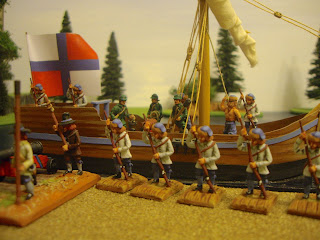 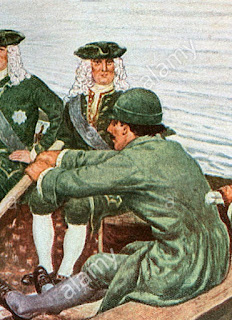 I still had a few English Civil War castings in my spares box which I was keen to find a service for. As I also had a naval cannon, it dawned on me that mixed with other figures, I could raise an early naval gun crew for my Muscovites. On the internet, several prints and photos gave me an indication of what I should be aiming for. It does appear the Russian crews probably didn't look that different to other European seafarers of the 17th century. I can see this section of my Muscovites increasing, well we have got the Crimea to capture from the Tartars and I could also use some river support elsewhere lol. MGB 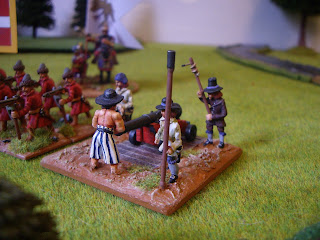 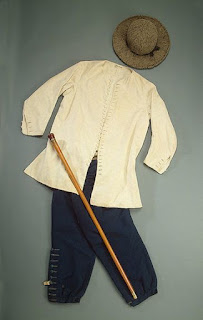 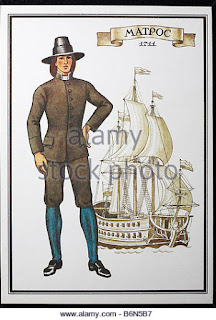 Several new units are almost ready for the table, but I wanted this first post of 2018 to show some terrain extras. The first is a pond or small lake. The second is a Christmas decoration which I purchased in a charity shop for £1. The base is constructed from modelling clay, mdf board, and wine bottle corks. It covers a plastic cylinder which holds two batteries. When switched on, small lights start flashing. I hesitate to describe this event as miraculous but anything that aids a victory for my Muscovite army is welcome. HAPPY NEW YEAR! MGB 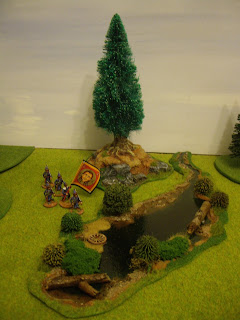