I had six Wargame Foundry mounted crossbowmen in my collection which were somewhat surplus to my Iberian medieval armies. Thought they might serve as Eastern European sergeants if integrated with other castings. Hinchcliffe produce a similar figure described as 'Polish retinue', so I decided to purchase ten figures and increase this unit to sixteen. Here are a few photos showing the end result, I note that Gripping Beast also list several Russian crossbowmen styled 'city militia', might like to get a few. MGB 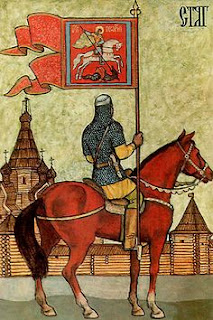 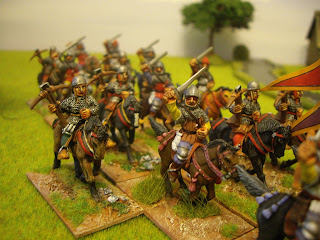 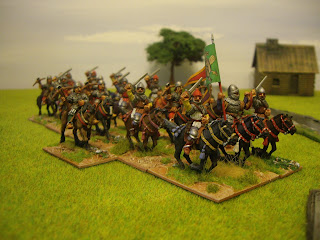