Finally decided to build a generic windmill, suitable for use in several periods. This is based on the type that appeared in Spain in the 14th century but continued as a popular style for many centuries more. The basic wood cylinder was originally part of a sugar container picked up in a charity shop for £1. My plan included, however, the incorporation of a Swiss music box that was previously part of my late mother's jewellery box, which also included a spinning ballerina. The tune being a fairly well known Spanish melody. With no intention of keeping the jewellery box, I could see a fun potential if I could include it in my windmill model; music and moving sails no less. Pleased to report, it works, and I can't help smiling each time I wind the key inside the cylinder. (Some of my 15th century Spanish are here making an appearance, presently in the process of converting my Italian Wars armies into Spanish and Portuguese.) MGB 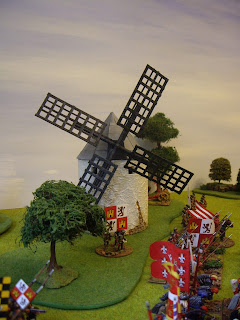 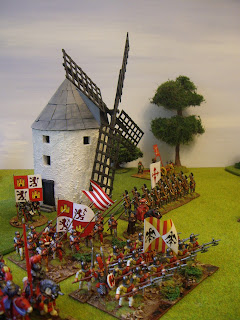 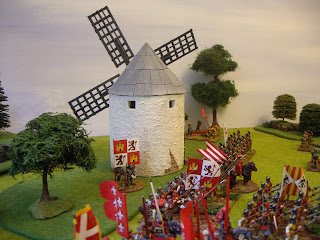 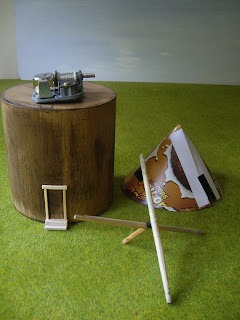 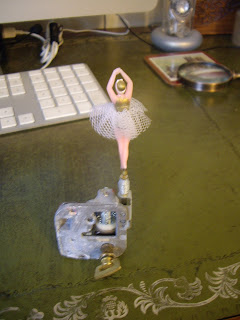 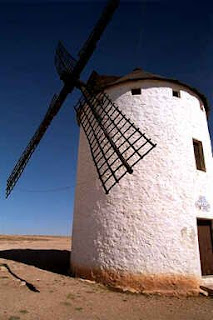 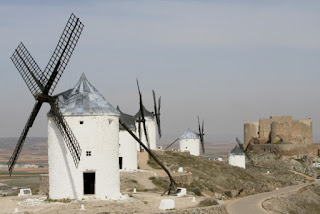 Strange how a frugal, waste-not policy can produce some interesting and useful ideas. A friend recently gave me a parcel of unwanted ECW figures. It comprised 22 pikemen in helmets, 7 pikemen in wool hats, and 9 musketeers in wool hats. Having removed the flash and undercoated them, I began to contemplate how they might be integrated, I'm not planning on an ECW collection. Several sources for the Muscovites referred to mercenary regiments of pike and arquebus that were raised in the 17th century. Styled 'German', but actually recruited from many nationalities, they were apparently dressed in typical European gear. My helmeted figures were a touch on the small scale but a piece of card sorted out that problem. I may have taken a slight liberty in granting the two pike blocks a generous measure of uniformity, but it is meant to be a fun collection. Later I will recruit some helmeted musketeers to go with them. Officially, these regiments mustered 600 pike and 900 muskets so units of 12 pike and 18 with firearms will suit my plans. The flags are based on some surviving 17th century examples. Concerning the remaining figures, I'm looking at converting them into a small force of Muscovite renaissance naval crew. MGB 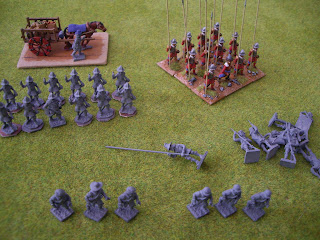 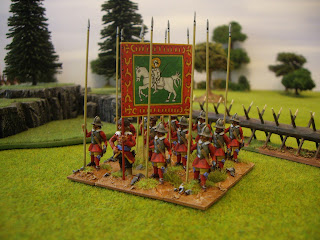 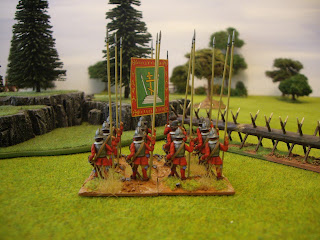 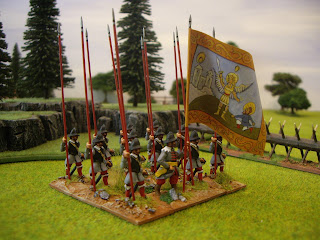 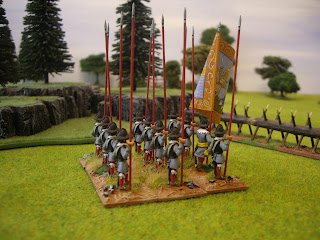