Ive just completed two more artillery pieces and eight artillerymen for my Renaissance Muscovites. Many of the original crew have also been redistributed about the seven cannon. The multibarreled piece is a Hinchcliffe medieval model with renaissance wheels and 18th century limber horses. The large iron barrelled cannon is a Dixon 18th century model with renaissance wheels added. The Muscovite rulers were fair collectors of strange artillery weapons and I hope this has partly been recreated here, but expect some more for my earlier Medieval Muscovites. Also shown, is a small unit of town or provincial streltsy, I decided to use some cossacks for this battalion to distinguish them from the Moscow streltsy. MGB 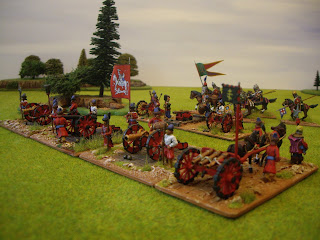 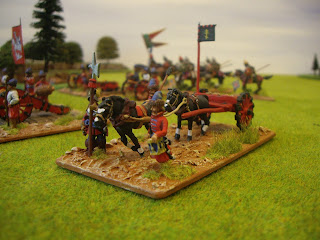 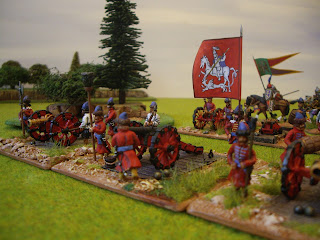 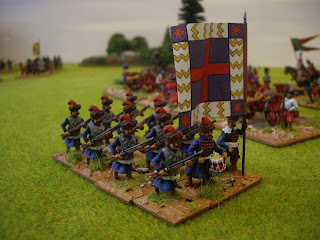 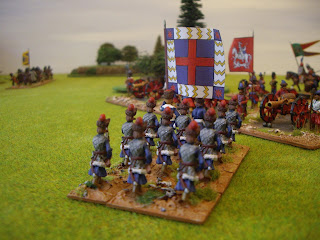